The research included the study of one of the aspects of biodiversity in Diyala Governorate and a comprehensive botanical survey of all wild species of the legume family present in the governorate during the years 2022–2021. The research was based on 62 plant samples with their replicates collected by the researcher, where 32 species belonging to 13 genera of the legume family were found classified scientifically, and their local and common names were mentioned in Iraq or the Arab world, as well as their permanence and economic importance (medical, food, fodder, toxic, industrial, fuel, and other uses) with mention of their geographical distribution. In the provinces of Iraq and their affiliation with the neighboring countries (Saudi Arabia, Kuwait, Turkey, Iran, Syria, and Jordan), due to the convergence of environmental systems and natural climatic conditions, especially between Iran and the study area. It was found from the results of the study that all the species collected are herbaceous plants, as 22 of them were annual plants, 5 types of them were perennials, and 5 types were semi-shrub perennials. In terms of economic importance, the majority of them were high-quality fodder and pastoral plants that were very important in improving soil quality; 6 types of them are medicinal, 2 types are toxic, and 2 types have industrial uses, such as the licorice plant, which is used in pharmaceutical industries, and the fruits of the thistle plant, which are used in tanning leather in some countries, and locally, it is used as a holding material, and shrubby species are used as fuel by the local population and have other uses, and most of them are widespread in other Iraqi provinces, in terms of geographical affiliation in neighboring countries , the highest percentage of geographical affiliation to these reached in Turkey then Iran then Syria then Saudi Arabia, Jordan, and Kuwait. 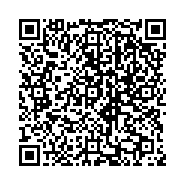