The aim of these studies was to determine the effect of environmental pollution on pollen development. Pollen heteromorphism (the presence of pollen morphs differing in aperture number in one flower of a plant), pollen viability (stainability) and pollen grain size in European metallophytes from sect. Melanium Ging. (Viola L., Violaceae) were analyzed by SEM and histochemical staining. Plants’ tolerance to heavy metals is positively correlated with their pollen viability, which should be termed stainability as it depends on the staining method applied and is not correlated with pollen germination. Abortive pollen can be produced as an effect of heavy metals but also may result from hybridization, a very common phenomenon in pansies. Pollen stainability in hybrids can be high (even exceeding 70%) or low (barely above 20%), and stainable pollen grains can differ greatly in size (from very small to giant), indicating a cytological imbalance resulting from disturbed meiosis. The number of pollen apertures is an adaptive character in facultative metallophytes. Plants from a metallicolous population produced a wider range of aperture number (3, 4, 5) than plants from a non-metallicolous population, which developed only 4- and 5-aperturate pollen. Three-aperturate longer-lived pollen are favored in the harsh conditions of a metal-polluted environment. 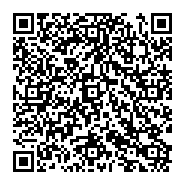