Aconitum in Europe is represented by ca. 10% of the total number of species and the Carpathian Mts. are the center of the genus variability in the subcontinent. We studied the chloroplast DNA intergenic spacer trnL(UAG)-rpl32-ndhF (cpDNA) variability of the Aconitum subgen. Aconitum in the Carpathians: diploids (2n=16, sect. Cammarum), tetraploids (2n=32, sect. Aconitum) and triploids (2n=24, nothosect. Acomarum). Altogether 25 Aconitum accessions representing the whole taxonomic variability of the subgenus were sequenced and subjected to phylogenetic analyses. Both parsimony, Bayesian and character network analyses showed the two distinct types of the cpDNA chloroplast, one typical of the diploid and the second of the tetraploid groups. Some specimens had identical cpDNA sequences (haplotypes) and scattered across the whole mountain arch. In the sect. Aconitum 9 specimens shared one haplotype, while in the sect. Camarum one haplotype represents 4 accessions and the second – 5 accessions. The diploids and tetraploids were diverged by 6 mutations, while the intrasectional variability amounted maximally to 3 polymorphisms. Taking into consideration different types of cpDNA haplotypes and ecological profiles of the sections (tetraploids – highâÂÂ??ÂÂ??mountain species, diploids – species from forest montane belt) we speculate on the different and independent history of the sections in the Carpathians. 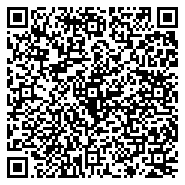