Platanus acerifolia (Aiton) Willd was generated spontaneously around the beginning of the 1600s in Spain between Platanus orientalis L. and Platanus occidentalis L. The study was carried out on P. acerifolia trees in different sites in Rome in the period April-July 2019. Trees comparable for size were selected in A sites (historical parks), B sites (high traffic density streets) and in C sites (high traffic density avenues along the Tevere River characterized by a large water availability). At the morphological level, leaf area (LA) was significantly higher in A and C sites and leaf tissue density (LTD) in C sites. At anatomical level, the total leaf thickness (LT), the palisade parenchyma thickness (Pt), the spongy parenchyma thickness (St) and the abaxial epidermis thickness (Abet) were significantly higher in A sites, while the adaxial cuticle thickness (Adct) and the adaxial epidermis thickness (Adet) in B sites. The ratio between palisade and spongy parenchyma thickness (P/S) was significantly higher in C sites. The plasticity index (PI, 0.42) was calculated on all the considered leaf traits. Among the morphological traits, LTD had the highest plasticity (0.49) and among the anatomical traits, trichomes density (TD) and Adet (0.74 and 0.54, respectively). Overall, the results highlight the large adaptability of P. acerifolia to grow in different sites in Rome through several changes in leaf morphological and anatomical traits. 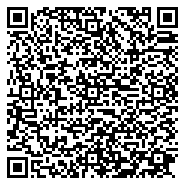