Notes on the floral anatomy of Deeringothamnus Small (Annonaceae): cortical vascular systems in a chaotic pattern

Floral anatomy of Deeringothamnus Small, an endemic and endangered annonaceous genus from Florida comprising 2 species, was studied. It is mainly distinguished by missing any sclerenchyma at anthesis – apart from anthers – and by a chaotic vasculature exhibiting a partial perianth-stamen cortical vascular system, appearing as an over-evolution of the pattern previously described in the neighbouring Asimina and other paracarpous and pseudosyncarpous genera. Such a pattern is amazingly similar to that previously recognized in the most basal annonaceaous genera, as e.g. Ambavia, and might be considered as a reversion to an ancestral state. These alterations toward decrease are related to the receptacle flatness and lack of pollination chamber, and seem parallel with the dwarf habit of this genus. 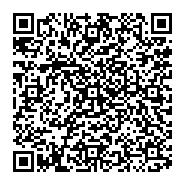