The research in question reveals the influence of the antigibberellic preparation-chlormequat chloride-on growth processes, morphogenesis, content of pigments, leaf mesostructure and functioning of the leaf apparatus of white mustard plants (Sinapis alba L.). It is established that CCS-750 reduces plant height by 4.09% overall. Inhibition of growth processes at the start of the growing season by the retardant led to the formation of more leaves throughout the whole period of vegetation. Similarly, leaf area increased significantly in the experimental version. The basis of such changes was the enlarged stem branching under the action of the preparation. Treatment of mustard plants in the budding phase caused optimization of the leaf anatomical structure; there was thickening of the assimilation parenchyma due to the expansion of its cells. The use of the quaternary ammonium salt of chloroquate chloride led to an increase in the amount of chlorophyll in the mustard leaves. 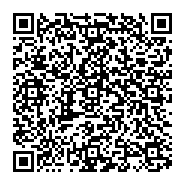