The biochemical profiling of flavonoids in the bark of winter shoots was conducted with the purpose of ecological management of implicit environmental threats of invasions of the species of the genus Juglans and their hybrids under naturalization. Six species of Juglans, introduced into forests and parks of Kyiv, were studied, namely, J. ailantifolia Carrière, J. cinerea L., J. mandshurica Maxim., J. nigra L., J. regia L., and J. subcordiformis Dode, cultivar J. regia var. maxima DC. ′Dessert′ and four probable hybrids (♀J. subcordiformis × ♂J. ailantifolia; ♀J. nigra × ♂J. mandshurica; ♀J. cinerea × ♂J. regia and ♀J. regia × ♂J. mandshurica). Due to the targeted introduction of different duration, the invasive species are at the beginning stage of forming their populations, sometimes amounting to naturalization. The species-wise specificity of introduced representatives of different ages (from one-year-old seedlings to generative trees), belonging to the genus Juglans, was determined. J. regia and J. nigra are the richest in the content of secondary metabolites; J. cinerea and J. mandshurica have a medium level, and J. ailantifolia and J. subcordiformis-a low level. On the contrary, the representatives of J. ailantifolia and J. subcordiformis are the most diverse in the content of secondary metabolites. Hybrid forms are notable for the decreased content of flavonoids, which may have a considerable impact on their individual resistance and ecological flexibility. The latter circumstance should be considered in the ecological management of walnut plantings in Kyiv.

The results of biochemical profiling of secondary metabolites from winter shoot bark demonstrated that six investigated species belonged to four sections: Juglans, Cardiocaryon, Rhysocaryon, and Trachycaryon. The hybrids were usually grouped by the sections, represented by the paternal component in the hybrid pair. However, recent results of complete genome sequencing were used by the scientists to prove a relevant evolutionary role of the phenomenon of hybridization in the genus Juglans between the species, separated in the modern areas between the American and Eurasian continents, in particular, the ones, introduced into the Kyiv plantings. The revealed genomic mosaicism forms a new impression about phylogenetic relations within the genus. 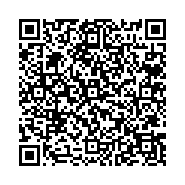