The genus Crataegus L. is one of the most numerous genus in the plants’ world, including more than 1200 species. The most common is hawthorn monogyna (C. monogyna Jacq.). The specie is native to Europe, northern Africa and Southwestern Asia. It is common for polish flora. C. oxyacantha L. (syn. C. laevigata (Poir.) DC.) is rare to Poland, mostly found among the Vistula valley and the San valley. The aim of the present study was the analysis of the impact of quercetin on humans organisms, contained in the flowers of two species of Crataegus, as well as its medical applications. Flowers of mentioned species contain quercetin. Quercetin, is a plant-derived flavonoid, which with its anti-inflammatory and antioxidant properties has many medical applications. It has been effectively used against a wide variety of diseases and therapies. Due to its protective mechanisms it induces cardioprotection against doxorubicin, which is commonly used to treat neoplasms. Moreover quercetin inhibits the cytochrome P-450 – the subfamily of CYP1A enzymes involved in the activation of many carcinogens, such as polycyclic aromatic hydrocarbons and heterocyclic amines. The antimicrobial and antiinflammatory properties of quercetin were evaluated positively against Helicobacter pylori, as well as against viral proliferation (Polio, Herpes simplex). More than that, the substance was found to be antiallergenic by inhibition of inflammatory activity of mast cells and basophiles. 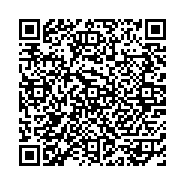