Two maize cultivars ‘Premjia 190 MB’ and ‘Blitz 160 MB’, in their seedling stage were exposed for 3 days to Cd2+ and Ni2+, separately and also jointly, in concentrations that caused significant inhibition but not cessation of root growth. Primary root growth, cell viability, tissue organization and root system morphology of both cultivars were similar under control conditions. Length of primary roots of both cultivars was significantly reduced by Cd and Ni ions and by the joint treatment (Cd+Ni), under which also early reduction of cell viability occurred. Comparing the two metals, Cd and Cd+Ni proved to be more toxic than Ni alone, with the exception of the effects on ‘Blitz 160 MB’ lateral root formation. Comparing the cultivars, ‘Premija190 MB’ seemed to be more sensitive to Cd and Cd+Ni than to Ni in all studied parameters, while the early reduction of cell viability, activity of lateral root formation and root thickness in ‘Blitz 160 MB’ were more sensitive to Cd+Ni and Ni. The studied growth and morphological characteristics of roots suggest that, at least in the stage of 5 to 6-day-old seedlings, the cultivar ‘Blitz 160 MB’ responded more sensitively to experimentally induced heavy metal stress conditions than did the cultivar ‘Premjia 190 MB’. 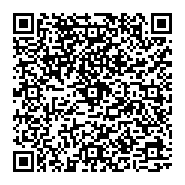