Origanum leptocladum Boiss. is an endemic East Mediterranean element, naturally growing only in Ermenek district of Karaman province in Turkey. The aim of this study is to determine anatomical features of the species. The study materials were collected from Karaman-Ermenek in 2009 and then preserved in 70 % alcohol. O. leptocladum generally exhibits the anatomical feaures of the family Lamiaceae. Hovewer, herbaceaus stem is weakly-rectangle shaped or tends to be circular, the collenchymatic tissue at the corner of the stem and scleranchymatic pericycle around the vascular tissue are weakly-developed. The most striking anatomical feature is that leaf lamina is dorsiventral in the region near to midvein, but equifacial out of the midvein. According to the results, while the stomata are of mesomorphic type on the leaf surfaces, O. leptocladum has xeromorphic characters such as palisade richness in mesophyll, the occurrence of rich scleranchymatic tissue in midvein and cuticle thickness on leaf surface. 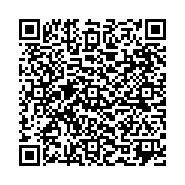